Turkish Flag - 7 Things You didn't Know About It

The flag is one of the most enduring Turkish symbols that ever existed. It first appeared in the late 1700s as part of the Ottoman empire. The Ottoman leader at the time was Sultan Selim the third, a celebrated leader of the empire. Although the flag's design has changed somewhat over the years, it still has kept the same standard star and crescent.

What Does The Turkish Flag Stand For

The flag of Turkey has a red background with a white star and crescent moon proudly displayed on it. The star and moon are currently seen and recognized as one of the strongest symbols of Islam, although the configuration of the star and moon predates Islam by many centuries.

Turkey's flag has a simple and powerful design of a white crescent moon and single star against a deep red background. It's sometimes referred to as "al bayrak", or the red flag. 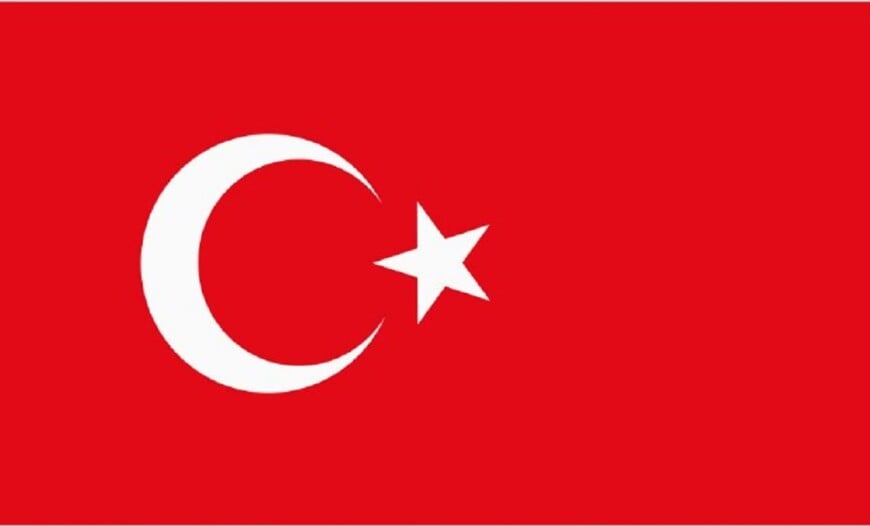 Origins Of The Symbol

The moon and star on the flag of Turkey are very important symbols in the Muslim world, although they predate Islam by many years. The star and crescent were initially associated with Constantinople, an important ancient city. The crescent and star also represented Persia and the Ottoman empire; two important kingdoms of antiquity.

Star And Crescent Moon Flag - What Other Countries Have The Same?

Turkey isn't the only country to boast a flag with a star and moon. Plenty of countries have flags with this particular symbol.

This African nation's flag is white and green with a red star and crescent symbol in the middle.

Azerbaijan is an Asian country with a substantial Muslim population. Their flag features a white star and crescent set against a green, red and blue background.

An African island chain, Comoros has a pretty flag with blue, red, yellow and white stripes on it. The star and crescent moon are featured in a green triangle.

Southeast Asia's Malaysia is a beautiful country with a sizeable Muslim population. The flag is nicknamed "Stripes of Glory" and features white and red stripes with a royal blue rectangle on the upper left-hand corner. Inside the rectangle is a yellow star and crescent.

The Maldives has an exclusively Muslim population, and their flag pays appropriate homage to the religion. The background of their flag is red, with a large green square in the middle. Inside of the square is a crescent, but there is no accompanying star.

Africa's Mauritania has a flag similar to the Maldives. The flag has two red bars on it; one at the top and one at the bottom. In the middle is a broad green band with a gold crescent and star prominently featured.

Pakistan is an Asian country with a large Muslim population. Their flag is a simple white and green design with a large white crescent moon and star in the green part.

This north African nation has a predominately Muslim population. The flag is red and white. The background is deep red with a large white sphere in the centre. Inside of the sphere is a red crescent moon and star.
h3 Turkmenistan
Asian nation Turkmenistan has an exceptionally intricate flag. The deep green background boasts one red stripe decorated with colorful designs next to a white crescent moon with five stars.

Uzbekistan is another Asian country with a large Muslim population. Their flag is light blue, green, and white, with a prominent crescent moon in the blue area. The flag of this country also boasts twelve small stars.

The flag of Turkey has a strong origin story related to the Ottoman Empire. Apparently, the Ottoman Empire forces triumphed during the epic Kosovo battle and saw a crescent moon and star in the red blood left behind by the defeated powers. This image became the original design of the flag that Turkey still uses today.

The current flag of Turkey is strongly influenced by the Ottoman Empire, but it's far from the only one that this powerful group used. They had several flags, all with different configurations of the star and crescent. Some flags featured multiple stars and crescents, while others only had the single one. They were used during different times, and each one had special meaning.
Anyone who visits Turkey will undoubtedly see the proud red and white Turkish flag flying. The story of this flag, how it came to be, and what it means to the Turkish people is a powerful testament to the country as a whole.
Sign up for our YouTube channel "Life in Turkey" - the best videos about Turkey, its culture and history, real estate and business as well as people's lives, their customs, and habits.
Always your,
Tolerance Team

Got a question? Call us!

25
reasons
to buy property in Turkey
with Tolerance
All references
Zabotkin's family, Moscow

We thank Tolerance company for the help with the purchase of an apartment and its renting, as well as in obtaining Tapu. All the staff are very responsive and accommodating. Special thanks to Bashar and Ismina, who always assist with matters of interest for us. We are very happy with our apartment and the Moonlight complex, there is everything you need for a perfect holiday. We wish Tolerance every success in the further work.... Next